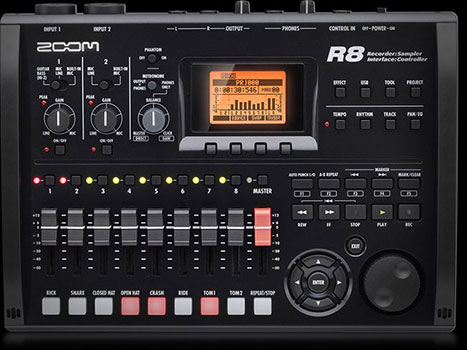 Zoom takes the turbocharged design of the R24 and scales it down for an ultra-portable music production solution. Like its predecessor, the R8 combines four production tools in one versatile device. In addition to being an 8-track recorder that utilizes SD memory, the R8 is an audio interface, a control surface and a pad sampler.